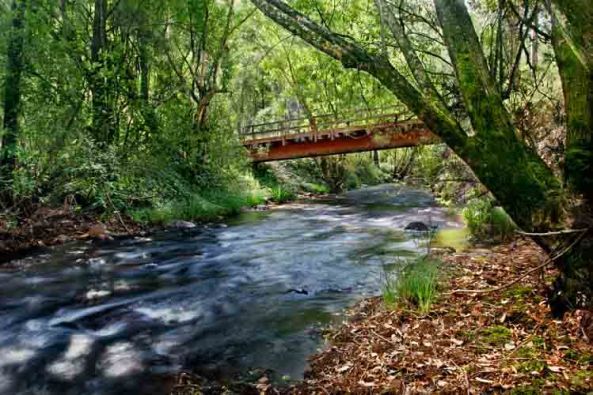 This past weekend, Natasha and I were watching Sunday Morning on CBS.

One of the featured stories was of people who live in a van or bus rather than a house or apartment. We found it rather interesting, this life choice, especially with the family of six, who live in a converted school bus, and the older gentleman who resides in a space that would be too cramped for my taste.

You can read the story or watch the video HERE.

While there is some romanticism to be found in the mobile lifestyle, one still has to have a financial source to pay for gas, food and the cost of being upright and breathing. The father of six, for example, is a financial adviser who can work from the bus due to today’s technology. The older gentleman makes a living from writing, photography and a popular website.

While watching the story, I thoughtfully stated,

“I wonder if they live down by the river.”

Natasha chuckled; however, upon further questioning, I determined she did not know of Chris Farley’s Saturday Night Live character, Matt Foley. This character was a motivational speaker who lived in a van, down by the river. While motivational speakers are typically successful and charismatic, Foley was abrasive, clumsy, and down on his luck. (The real Matt Foley – the one Chris Farley named his iconic “Saturday Night Live” character after – is head pastor at St. James Catholic Church in Arlington Heights, IL.) There were a total of eight Matt Foley sketches on SNL from 1993 to 1997.

While this was not my favorite SNL character during the seasons I watched the show, I will always associate living “in a van, down by the river,” with Matt Foley. I’m sharing one of the sketches for your viewing enjoyment (note the very young David Spade and Christina Applegate), whether you are a fan, are clueless, or live next to flowing water.

Linda G. Hill is the Queen of One-Liners and rules over her kingdom of followers. Check out today’s post and commit yourself to join the Queen’s one-liner army because there’s no fighting or blood, only comradery and fun with words.