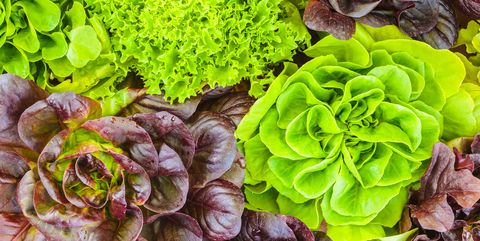 This quote was preceded by “Ninety per cent of the diseases known to man are caused by cheap foodstuffs,” in a 1923 advertisement for beef. However, Victor was probably not the first to say this familiar line, or a version of it, in the history of humanity.

Anthelme Brillat-Savarin wrote, “Tell me what you eat and I will tell you what you are,” in 1826.

In an essay titled Concerning Spiritualism and Materialism, 1863/4, Ludwig Andreas Feuerbach wrote, “Man is what he eats.”

I’ve been trying to eat “healthy” for about the last 15 years and it has been quite the process. I started with buying low-fat dairy, then enlightening myself on healthy fats; subscribing to a nutritional cooking magazine and reading food labels.

Except at that time, I was still eating dairy and gluten and a number of items that weren’t really healthy for moi.

About eight years ago, I had to give up dairy due to lactose intolerance, but decided it would be awesome to go gluten-free at the same time. I was seriously all-in for many months and lost 17 pounds. While I tend to stick to dairy-free (except when I cheat with a little feta cheese because I’ve tried all of the cheese alternatives and only found one that is tolerable), the gluten-free part has had mixed results. It’s been difficult getting through holidays, birthdays, and down-and-out days when all I want is a big honkin’ piece of cake or several chocolate chip cookies. Someone here is good at making excuses and forgetting her willpower. Sugar has been a hurdle, for the same reasons, but I’ve been doing much better of late.

Last September, I chose to get serious about not eating the gluten and cutting carbs and sugar. I was having a hard time losing an extra 10 pounds (part of the 17 that I had regained), which hung around like an unwelcome friend. I also cut back on portion size and am happy to report that I have lost that 10 pounds, plus one or two more.

The hardest part of all, though, has been the last two weeks. I’ve been having indigestion/reflux issues over several months that finally caused the ceasing of daily coffee drinking and dark chocolate consumption.

Yes, I know. Some of you are gasping at the thought, but it was a necessity borne out of indigestion and acid reflux. I’ve known this for awhile now, that I had to quit these things and let the gut heal – along with beef, pork, citrus fruit and tomatoes. I’m not supposed to drink tea either, but one cup of Pu-erh tea in the morning gives me a little caffeine buzz and doesn’t seem to be affecting physical symptoms.

After getting through one headache day of caffeine withdrawal and several more days of fighting fatigue, I am noticing a difference. I didn’t realize how dependent my body had been on the affects of coffee.

Anyhow, that’s my food story. If I am what I eat, then I consist of chicken, turkey, fish, seafood, vegetables, apples and bananas, nut milk, soy cheese, cashews, avocado, and numerous forms of lettuce leaves. Healthy eats for the digestive track. Cheats are still present, but in the form of coconut milk ice cream, low-sugar cashew cookies, and an occasional trip to the local gluten-free, dairy-free, whatever-else-you-want-free bakery.

It’s all good. Really. I feel much better.

So, dear peeps, don’t feel sorry for my inability to eat pizza. Instead, describe yourself in food terms – up to three words.

What would you be? Coffee? Beef? Three-meat pizza? Chocolate cheesecake?

I’ll wait patiently and chew on a piece of lettuce while you decide.

Linda G. Hill is the Queen of One-Liners and rules over her kingdom of followers. Check out today’s post and commit yourself to join the Queen’s one-liner army because there’s no fighting or blood, only comradery and fun with words.

37 responses to I’m a Lettuce Leaf