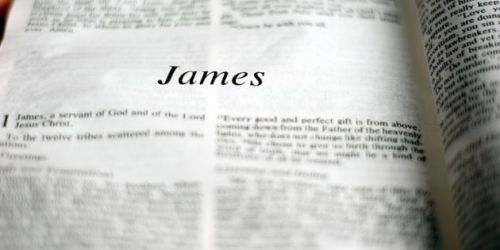 But who are you to judge your neighbor?”

This post is a little church-y and speaks of politics. If you dislike either, look away now.

My every-other-Wednesday ladies’ church group has been studying the book of James during the last three sessions. As I was reading through Chapter 4 for this week’s gathering, the words above hit a serious chord and reminded me of the season we are in. 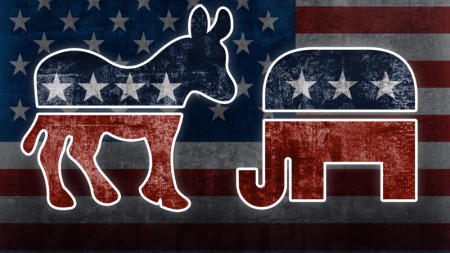 Since the Primary Elections in Wisconsin earlier this month, the loud and proud negative ads are non-stop on TV, radio, and social media. One ad came streaming out from Pandora on Saturday in between Pentatonix and Adele. I was not amused, nor was I swayed into joining that particular political army.

I despise negative political ads. I compare them to fingernails on the blackboard, the drone of loud obnoxiousness, and the repetitive MeMeMeMeMeMeMe in the high-pitched voice of Beaker from the Muppets.

Then again, as much as people say they hate negative ads, the psychology of them is interesting. From Psychology Today:

“Evidence suggests we are affected by attack ads. To save face we often tell our friends that we dislike them, but in reality the public’s perception of negative advertising is nuanced. For instance, one study showed that 70 percent of people believe candidates have a right to point out the weaknesses of their opponent, but about 45 percent say doing so is unethical.

More importantly, research suggests negative ads not only contain more information than positive ads, they also are more memorable and useful. For instance, one study found that voters experiencing elevated levels of negative advertising were more knowledgeable about issues and more likely to use issue knowledge in vote choice than voters with little exposure to negative advertising. In other words, the voters who experienced greater negativity were more like what many of us think of as “ideal citizens” than voters who experienced more “gentlemanly” races.”

I’m with the 45 percent unethical people, but not with the 70 percent who think it’s okay to point at others over their imperfections and mistakes. I tend to hear slander in these ads, from both sides of the political aisle. It’s finger-pointing, school-yard posturing in order to win a seat for a political career. It’s enough that we take political sides on social media, but what would the world be like if we all used negative ads when vying for a job? And would we keep said jobs if we continued to post harsh words on Facebook and Twitter about our boss and co-workers?

I do not feel knowledgeable about issues from listening to these ads, but perhaps I can gain knowledge by checking the truth of negative ads on sites such as Politifact.com or FactCheck.org. Or by not relying on only one news source. A friend of mine, although liberal, reads conservative sites as well. It give her both knowledge and insight into the platforms of both parties.

I tend to be a pessimist at the validity of what is being said because I’ve heard too many half-truths and lies from these ads, so research is required to separate fact from fiction, or at least have an even perspective.

“Jesus said the laws of God are summed up in the commands to love God and to love our neighbor. By slandering someone, we place ourselves above the law of love, justifying our actions by a standard different from God’s.”

Would James approve of the negative ads? Would he see judgment in them?

If I ruled the world, positive ads would be the law. Candidates would only be able to speak truthfully of themselves. Special interest groups would be outlawed and the right or left news agencies would be held accountable for slandering their party’s opponents. Politics and campaigns would be civilized, respectful and a lot less histrionic.

I can dream, right?

With that, my advice for U.S. citizens, Wisconsinites, and anyone who has to suffer negative ads of a political campaign is this: Do not listen to the talking heads and their spin. Do not embrace the negativity. Access unbiased or moderate websites and fact-checking organizations that will tell you the truth about your candidate. Do this with eyes wide open and without preconceived ideas from the harsh words of candidates.

Vote according to knowledge, absolute truth, and with love for the people in the polling line who may not agree with you.

Exercise your democratic gift in a way that James himself would approve.

19 responses to Would James Approve?