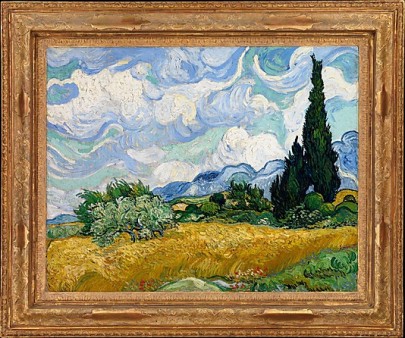 Natasha and I were held hostage in the apartment this past weekend.

Wisconsin had an April blizzard that left around 21″ of wet, heavy snow in Appleton, under which was water and ice.

So, we spent the weekend cooking, baking, watching TV, surfing the internet, sewing, playing with the cats, laying around, etc. Natasha braved the awful weather on Saturday to follow her daughter’s car and make sure she made it home safe. Natasha is such a good mom, or “sheepdog” as she calls herself.

Saturday night, when all of the other nonsense was done, the couch called to us and we settled in for a movie. Our choice was “The Greatest Showman,” a musical that told the story of P.T. Barnum and company. We weren’t sure that a circus musical would entertain us, but how can you go wrong with Hugh Jackman? I mean, Hugh Jackman!

When the movie was over, we headed off to bed. I was in my bathroom when I heard pound-pound-pounding from Natasha’s bedroom.

I poked my head out the bedroom door and asked,

“Are you hanging pictures?”

“What? You’re doing the dishes?”

Natasha sleeps with her window cracked open during the cold weather, but the snow and ice from the blizzard had made it hard to push the window open by hand. She used a hammer to give it a nudge.

Creative use of a heavy object…

This, too, shall pass, the winter-like weather. The polar vortex plunge will head back toward the north pole, the snow will melt (slowly, we hope), the land will return to real spring and warmer temperatures, and Natasha will stop hanging pictures in her pajamas. 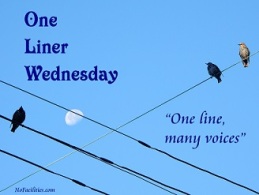 This post has not been brought to you by snow and a hammer. It has also been brought to you by Linda G. Hill’s “One-Liner Wednesday.” All you need to play along every week is an awesome one-liner and follow a few rules. Birds on a wire are not required, but make sure you link back today’s post to HERE so the rest of us #1linerweds peeps can read it.