As I was going through photos from the Biker Chick days, I found fodder for Norm’s dining pleasure.

The former husband and I were (and still are) lifetime members of Harley Owner’s Group. Even though I don’t ride, I continue to receive the HOG Tale magazine and yearly envelope with a road atlas (designating where all of the Harley-Davidson stores are located), pins, patch, and membership information. As part of the membership, H-D offers its members an opportunity to complete the ABC’s of touring each year.

I considered the ABC’s of Touring much like a treasure hunt. In order to receive cool stuff from the folks at Harley-Davidson, the former husband and I would go in search of signs and events that would garner points from the beginning to end of the biking season. The more points accumulated, the bigger the “swag bag” of free items…such as hats, T-shirts, scarves, coffee mugs, photo albums, gift certificates, etc.

Of course, the items delivered in the mail never quite paid for the time and money spent driving here and there, paying for motels and rally registrations, and stopping for restaurant meals. But this was an exercise in discovering new places and the joy of the ride. We looked forward to the ABC’s every year. It was a reason to plan a vacation or a weekend away.

So, how do I earn points? Every photo is worth something:

The photo itself had to include the Harley motorcycle and a current issue of HOG Tales, along with the designated sign. I had to be in at least five photos, but ended up in most of them.

At some point in September or October, depending on Wisconsin weather, the riding came to an end. We filled out a form provided by the H-D company, had pictures developed at Walgreen’s and both went into an envelope, addressed to the U.S. motorcycle company. Then we waited for our package of goodies to arrive during the winter months. Once received, the contents of that package gave impetus to get on the bike in April and do it all over again.

Little did I know that years later, those same photos would be used in a blog post about doors. Who knew? 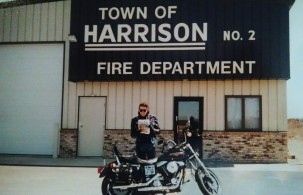 Town of Harrison is southeast of Appleton 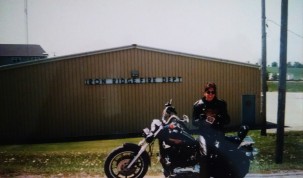 Side door of the Iron Ridge Fire Dept., Wisconsin 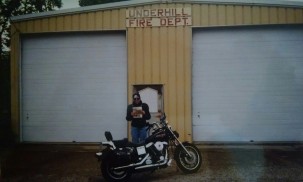 Underhill, WI, near the city of Shawano is not easy to find. 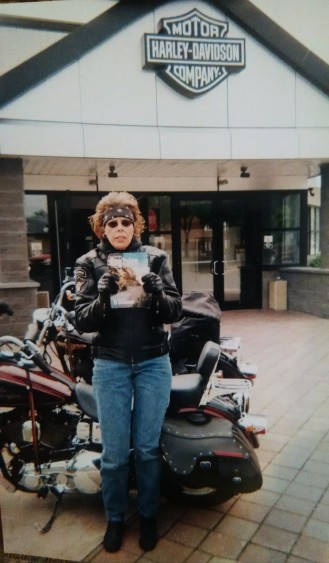 Door to the H-D plant in Tomahawk, WI 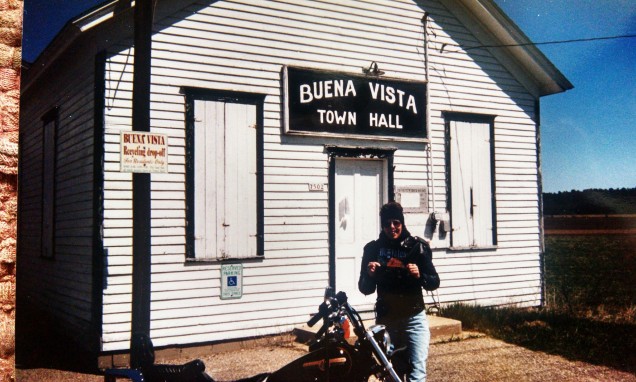 If you have a “thang” about doors of every kind and color, click your way over to Norm 2.0 and the Door People. You can also join in with Cee’s Fun Photo Challenge this week, with the topic of Doors and Drawers.

34 responses to The ABC’s of Doors