Dance: There’s rhythm and motion all around us — this week, let’s capture some of it in a photo. 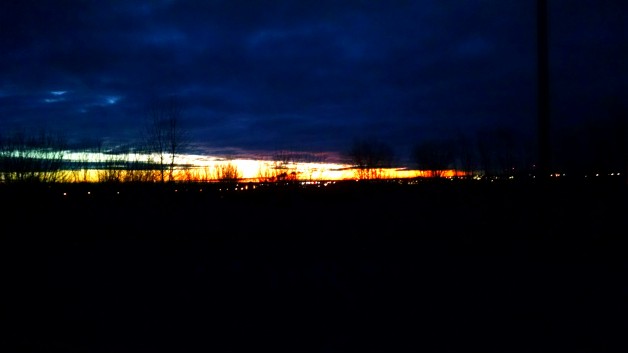 With the recent switch to Daylight Savings Time, I have been missing the sunrise. The lightness that had been part of the morning moved over to the evening hours and, sadly, a good part of the week has been smothered in clouds. At certain times of the year, I have witnessed glorious sunrises from the road in front of the apartment complex and from the county highway that winds south to the office. They never cease to inspire awe and admiration.

This morning, as I was preparing to leave, Natasha proclaims, “I can see the sunrise.” I responded with, “Where?” as it appeared to be dark outside and another cloudy day was forecast. Since Natasha was sitting and I stood upright, it only took a bent-over position to find the sunrise off in the distance. One could see a thin layer of clear sky brightening as the clouds tried to take its place.

So, there is hope in the coming days of brighter mornings and glorious sunrises.

As I pulled out of the driveway and looked to the east, the thin layer of clear sky had become brighter, in shades of light blue and pink and golden yellow. The clouds reflected a dark blue in contrast to the stoic black pavement. City lights and the headlights of one lone vehicle stared back. I stopped to take in the view and a photograph. This was the dance of a new day.

On the drive to work, the thin layer brightened, then diminished. The gray clouds took over and I met with a minimal layer of snow on the grass and vehicles a mere five miles from home. The remainder of today has been gray, cold, and damp.

Spring is not quite here, but the sunrises,

are dancing their way back to me.

6 responses to The Dance of a New Day