Natasha declared Wednesday night that if no one returns to the bridge, he has won.

If you read my very last post, you know that our community suffered a tragedy this past Sunday evening when a lone gunman shot and killed two adult men and an 11 year old girl on the Trestle Trail bridge, not far from where I work. The community has since come together with love and support of the victims and their families in many heartfelt ways.

At lunch today, I drove over to Fritse Park to walk the length of the bridge and found an usual number of vehicles (for a Thursday noon) at the park.

I had to park in the overflow lot.

Several people were on their way into the park and in the distance, I saw a fairly large group of people walking onto the bridge. It turned out this was a group from the YMCA, where Erin Stoffel worked part-time. They walked out to the middle of the bridge and under the red pavilion, where others had laid flowers and memorials. 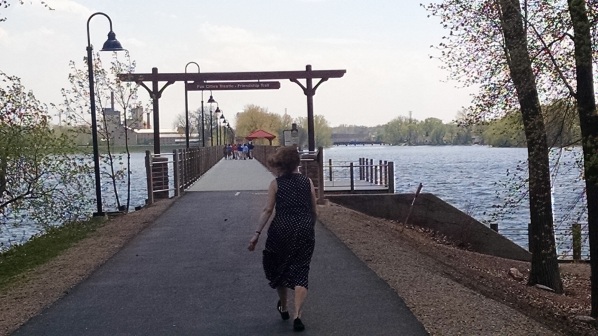 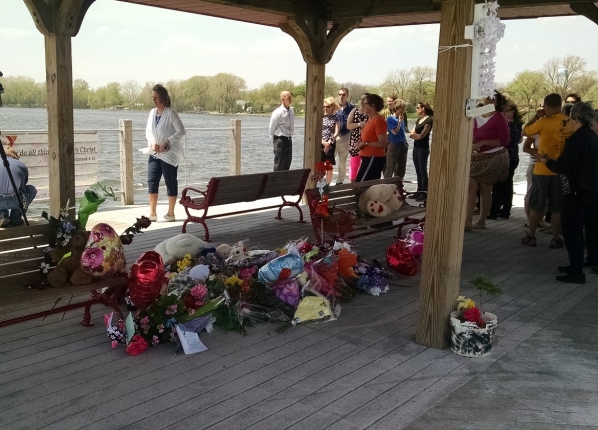 It was a windy walk across the bridge. As I passed the red pavilion and the gathered group from the Y, I struck up a conversation with a young woman, who had also come for a walk during her lunch time. She felt a sort of kinship with Erin Stoffel as she had lost her husband five years ago in a traffic accident. This young woman was left with a two-year-old boy to raise on her own. “You never know,” she said to me, “when these things will happen.” Jane and her son visit the park and walk the bridge frequently. It is her intent that fear not keep them from this place.

Fear cannot win, for if it does, then the shooter wins.

Epilogue: Erin Stoffel was listed in serious condition as of Wednesday night, but is expected to survive. When she was able to speak she clarified her husband’s last words were, “I forgive him.” Although Jon Stoffel didn’t ask his wife to forgive, she has said that she also forgives the shooter. Erin understands that if forgiveness isn’t granted, we may as well never walk the bridge again. 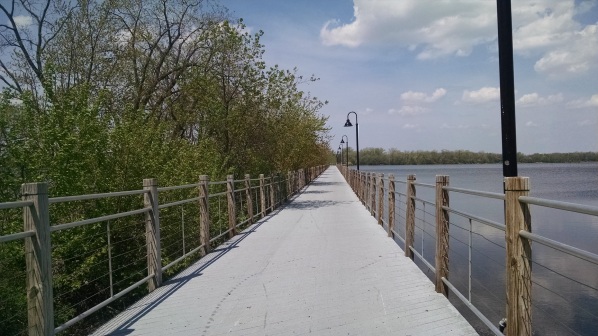 15 responses to He Didn’t Win