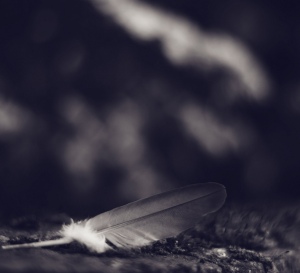 Author Andra Watkins has released her latest book, Not Without My Father: One Woman’s 444-mile Walk of the Natchez Trace, and is asking her fans, friends and followers to “make a memory.” You can read reviews of Andra’s book here and you can find details on how to make your own memory on her website, AndraWatkins.com.

In a recent reply to a comment I posted on her site, Andra tells me that she wants to make a memory by celebrating mom’s daily enjoyment of her brandy manhattan the next time she is in Wisconsin. That is very cool, I hope it happens. However, mom has come close this week to not enjoying a daily refreshment at all.

On Tuesday morning, while engaged in a business conference call, my cell phone rang on two separate occasions from the assisted living facility where mom resides. When the second call came in, I knew something was not right. I excused myself from the room and called the facility. The woman on the other end of the phone, Heather, stated that mom was going to the hospital. Their belief was that she had a stroke. Fear instantly gripped my psyche, throwing me back to the day that I received bad news about dad – the day his spirit left us.

It seemed to take forever to gather my belongings, put on my coat and head out the door. The hospital is about 20 minutes from work, a forever distance when a loved one is ill. During this long ride, I called my brother, who didn’t answer. I called my brother’s girlfriend, who didn’t answer. I called Natasha, who answered. “Do you need me to come?” I said no. I said I had to find out what’s happening first. In the meantime, brother sends me a text, “Did you call?” Yes, you dope, why didn’t you pick up your phone? I texted the situation to brother and told him I would call him when I knew more.

Then I cried and prayed to God that I could hold mom’s warm hand and talk to her about anything. Anything at all. Even at 95, I was not prepared for the call or the thought of an unwanted outcome. No one is ever prepared to lose a parent or anyone close to you, no matter the age or circumstance.

The emergency room is not a warm and inviting place. It is filled with noisy, beeping machines and liquid-filled tubes and very ill people who are there as the result of a nasty virus, a serious car accident, a sudden heart attack or a stroke. I walked into mom’s ER room and joined two nurses, a couple of doctors, and an EMT. They all looked at me and I told them I was the daughter. Mom was laying on the ER bed, eyes heavily half-closed and mouth wide open. She was being poked and prodded, and poked again. I felt tears welling up once again, but encouraged myself to hold it together. I’m sure all of the occupants of that ER room have seen family members crying over their loved ones, but I wasn’t willing to share tears with them just yet. Just keep it together, Mary.

The positive light was that mom was awake, which was more than I had envisioned on the ride to the hospital. After a few basic tests (Can you lift your arms? Your legs? Touch your nose?) and noting vitals on the beeping machines, the doctor told me mom had suffered a Transient Ischemic Attack or TIA. It is like a stroke, producing similar symptoms, but usually lasting only a few minutes and not always causing permanent damage. At this point, the doctor could not tell me if mom would fully recover. He did say that she had actually improved from the time she was taken from the facility until the time I walked into the room. The TIA had not affected her limbs, only her face – the mouth and speech. Mom was not in control of that area, talking as if she had been given an overdose of the dentist’s numbing juice. Her lower lip hung to the right, her tongue following suit.

I felt some relief at the diagnosis, knowing that there was more to be done – testing, therapy and waiting for time to pass. Time would tell how well mom would recover.

In between all of that, I would keep in touch with brother, Natasha, the boss and Aide Heather. I would suffer the cafeteria food and drink too much coffee. Mom would be moved to the ICU for observation. Nurses would come and go. Therapists would come and go. Mom would suffer the indignity of pureed food (pureed beef looks and smells disgusting), thickened coffee, and a 40 minute ultrasound to check for blood clots. The doctor would come in and discuss further treatment and medication. Mom would ask if she was going to die and then she would ask for “coffee…or a drink.”

Good ol’ mom never forgets her brandy. It’s one of her few enjoyments in life. Of course, I had to explain to her that adult refreshment was not an option in ICU. They have a room service menu and I looked twice. Nope, brandy isn’t listed.

By the time I left to go home on Tuesday, mom was looking far better than she did at 9:00 am and she was complaining about being poked and prodded so much. I considered that a good sign. When mom gets feisty and grumpy, I know she’s breathing and thinking. I told her I would be back Tuesday afternoon, after additional visits from the therapists and the doctor. Nurse Terrie (she was incredibly awesome) and I exchanged phone numbers in order to stay in touch and get an update in the morning.

Wednesday morning. I left for work a little early. I knew I would have a mess from being gone on Tuesday and I was right. About 8:30 am, I called Nurse Terrie. Mom was doing well, better than expected and was still on Planet Feisty. Tuesday evening, when the nurse put pureed chicken in front of mom, she refused the gourmet meal and asked for a hamburger. Nurse Terrie ordered the hamburger. Mom ate the hamburger. Terrie was chuckling over mom’s spirit and determination to eat intact food. Neither of us blamed mom for her resistance of the puree. Intact food was also served for breakfast and later for lunch. Go mom!

The best news, though, was that mom would be going home that evening.

When I went to visit mom Wednesday afternoon, I was shocked. The droop to mom’s lower lip was gone, she was speaking normally, and the therapists had her walking around. Sitting alongside her chair for the next 90 minutes, the woman barely shut up. She was a chatterbox, talking about Milwaukee (where she grew up), her son, the rotten food where she lives, and asking the nurse and I what happened to her shoes. Mom was a bit “mixed up” as she called it, forgetting she was in a hospital room. She swore she ate a frozen ham sandwich for lunch with three other ladies at the dining table. And that her shoes were missing. Mom was also prepared to take the hospital’s TV remote home with her because it was her TV remote. The nurse and I had to work at making her realize otherwise. The TIA, along with two days in a strange room, were messing with Pauline. I was grateful that she would be going home later that afternoon, to her own room with familiar surroundings. That would help to squelch her confusion.

It’s Thursday. Mom is home now. She is doing extremely well. A much better outcome than the one I feared as I drove to Oshkosh on Tuesday morning. I credit her feisty spirit and a wonderful group of doctors and nurses for her swift recovery. And I thank Nurse Terrie for being so patient with mom, for laughing at her spunk, and getting her a hamburger when the puree was just too much for her to take. I should have hugged her before I left.

I implore you to do this, especially if you have an elderly parent or grandparent. Make the most of the time you have with them. Hold their warm hands, hug their neck, take them to lunch or a movie, spend a Sunday afternoon in their company. Make as many memories as you are able while they remain upright on the planet.

I intend to make a happy memory with mom on Saturday afternoon, mixing her brandy manhattan, listening to the stories of life growing up in a family of 15, and making sure she has her shoes.

16 responses to A Memory With Mom: Unwanted